VPX (also known as VITA 46) is the next generation of ruggedized compact embedded systems. After years of VME systems dominating the military/aerospace field, users have finally reached the limit of available bandwidth on the VMEbus. VPX expands the possible bandwidth, compared to the traditional VME system, by replacing the parallel bus with high speed serial busses.

Much as the desktop market is transitioning from PCI to PCIe, the VME standard has been transformed to embrace the new VPX standards.

AcroExpress 3U & 6U OpenVPX single board computers are designed for COTS applications and offer extensive I/O support. 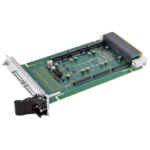 3U & 6U OpenVPX carrier cards for VPX, XMC, mPCIe, or PMC modules. 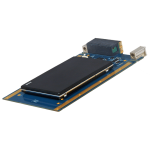 3U VPX Bootable SATAS/SAS Drive module or via the PCIe interface.